This post is in memory of our precious pup, Oreo who died a year ago today.

I wrote this story about our dog Oreo with the intent of it being published in a Chicken Soup for the Soul books about Cats and Dogs.  However, since it was not selected for publication, I’ve decided to publish it on my blogs and social media sites. my goodness!  She’s out again!  These are the words that I often expressed when one of my sons would tell me that Oreo, our pint sized black and white terrier, had run out of the house.  Oreo was a house dog, but she would often make an escape out of the house whenever she could find an opening door.  Our hearts would cringe during those times of escape as we frantically tried to catch her and get her safely back inside.  Any of the neighbors in Northlake Woods who tried to help us catch Oreo knew just how fast she could run.  Honestly, we experienced some of the most comical moments while trying to catch Oreo to put her on a leash. Jeremy, our sprint running son was even challenged during Oreo’s playful plights to freedom.  One Saturday afternoon Jeremy had been chasing her up and down the street for about thirty minutes. Whenever Jeremy would stop to take a breath, Oreo would stop running, turn around, smile, bark, and run right past him, as if to say “Catch me if you can.”  We would try to bribe her with peanut butter cookies to get her back into the house.

Sometimes she would run out at the most inconvenient time, like when we were about to drive off for our family vacation.  We had made arrangements with our neighbor Debra to check on Oreo daily during our absence. One of the boys gave her a walk, then set her loose in the garage loaded with food, water, toys, and her sleeping crate.  Just before we pulled off, the garage button was accidentally pushed and there she went.  It was like she knew that we were leaving for a few days and wanted to give us a goodbye present.  The departure for our family road trip was delayed for well over an hour, chasing Oreo up and down the street. Our neighbor from across the street, C and his daughter Kaley had been watching the wild pup chase from afar.  They decided to come out to help us “trick” Oreo; but her agility and craftiness outwitted us all.  Thankfully, our neighbor Debra decided to walk her dogs. Oreo was excited to see her buddies Penny, Elroy, and Cooper.  It was the perfect distraction because she wanted to socialize with her friends.  We got her on a leash, exhaled, and then left for our trip. We knew that she was in good hands as we drove off into the sunset.

Oreo, our very cheerful, playful pup, loved to run and she enjoyed making friends. She was a free spirit and it was hard to contain her. Oreo literally made herself the neighborhood dog, making friends practically everywhere she went; except for those long nights when she was out barking.  One night, Oreo decided that she would have an all night outing.  She would run across the front yard in full speed, then back and forth up the street, while the whole time barking to let everyone know that she was out.  Every time we opened the front door to let her in, she would stop, look at us, and then take off running again.  It just didn’t make any sense. I’d never seen anything like it.  Our happy playful pup was being a very bad pup.  This eventful saga went on well into the wee hours of the morning.  My husband and I were exhausted from getting up throughout the night trying to get her to come inside. Our efforts failed until around 5 am in the morning when I hid myself behind the door so that Oreo could not see me.  Then she pranced her wagging tail right inside, ran straight to her crate, and slept for hours.  We apologized to all of our neighbors for those nights or early mornings that Oreo may have kept them awake.

My fondest moments of Oreo were the times when she and I went for our fitness runs in the neighborhood.  Whenever she saw me in my workout clothes and tennis shoes, it was like she was human and understood that I was about to go jogging.  She would start frantically jumping up and down on me, run in circles and start barking as if to say, “Yea, I want to go, I want to go running, please can I go.”  Our runs would always start off with me trying to keep up as she plowed ahead.  She would literally be pulling me along until I tugged on her leash to slow her down.  During our jogs, she would stop to sniff the grass, bark at the other pups as we passed their homes, and of course stop to do her business in spots where she felt most comfortable. On average our jogs would last for about an hour.  I enjoyed taking in the fresh air and scenery as she indulged in her joy of running. Unfortunately, me and Oreo had our last fitness run together this spring in late May 2015.

Oreo ran out of the house and was hit by a car while out roaming the street just outside of our neighborhood.  The Wells Family witnessed the accident and immediately contacted us.  Hoping that she would be okay, we rushed her to the Woodland Animal Hospital located about an hour away in Locust Grove, GA. The Veterinarian told us that her injuries were too severe.  Oreo suffered a spinal injury causing loss of movement in her hind legs.  Her quality of life would not be the same because running was her passion.  She also had an anal laceration and experienced some head trauma. Oreo was responsive and looking at us the entire time during our last moments with her.  Our hearts were broken and saddened to say goodbye. About a week later, I decided to write a note via email to the neighbors to share our sad news.  The email replies that started to come in were heart warming.  It was at that moment that I realized how much of a social pup Oreo really was.  She had become a friend to many.  Our neighbors began to share their fond memories of Oreo making her visits to their homes. Rhonda and Burt shared how Oreo always brightened their day whenever she stood at their front window wagging her tail until they came out to greet her.  Hotdogs were her favorite treat at their house.

A big thank you goes out to each person who brought Oreo home to us after one of her neighborhood outings.  An enormous THANK YOU, to Ms. Debra Rollins, whose home became Oreo’s home away from home. She loved to play with her buddies, Penny, Elroy, and Cooper at Ms. Debra’s house.  It was so neat to see them play together.  Oreo was given to my youngest son Joshua as a gift for his seventh birthday in February 2012.  He misses her dearly.  We all miss you Oreo now that you’ve crossed over the rainbow bridge.

More photos of Oreo and her best buddy, Joshua: 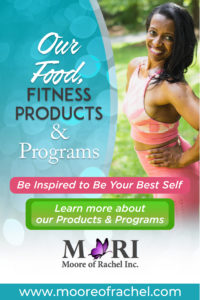 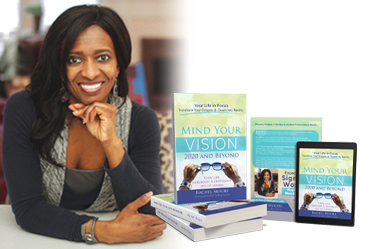 Welcome to Moore of Rachel. During my pursuit to create a fulfilled life for me and my family, I discovered purpose in helping others effectuate their dreams.

Through my experiences as a wife, mom, engineer, inventor, author, minister, and empowerment coach, I have developed multifaceted products, training programs, and coaching to help others bring clarity to their life vision and in the attainment of their desires.

Food and Fitness are my most recent focus areas to inspire you to a fit body and overall wellness in body, mind, and spirit.

Inspired to Inspire You,

Inside Out Empowerment Podcast